Food Medicine for the Season According to Traditional Chinese Medicine

Food Medicine for the Season According to Traditional Chinese Medicine

Many ancient cultures lived in accordance with the change of seasons, much more so than in modern times with the comfort of indoor artificial lighting and controlled temperature. According to Traditional Chinese Medicine (TCM), the sources of our “post-natal” energies are dependent on the type and quality of the foods we eat (and the air we breathe). It’s best to choose the foods we eat appropriately to the cycles of nature to harmonize the body, mind and spirit and prevent illness.

In TCM tradition, each season is associated with a particular flavor/taste; the flavor of Fall is “pungent” and is well balanced with the “sour” taste. Examples of this would be cooking with flavorful spices (such as onion, garlic, cardamom, bay leaf, rosemary, etc),  warming spices (such as black pepper, chili and cinnamon) and small amounts of fermented foods (such as horseradish, vinegars, miso, etc).

The drier and colder months of the Fall and Winter are best for warm and nourishing teas, stews and soups. Cooked vegetables and legumes such as pumpkin, sweet potatoes, parsnips, dark leafy greens and beans are optimal to moisten the body tissues and provide the increased nutritional content we need at this time of the year. Fall fruits (such as apples and pears) and nuts (such as walnuts and chestnuts) are fantastic sources of food medicine at this time. The following baked pear and walnut recipe is my easy take on a Chinese dessert to nourish the “Lung yin and Kidney yang” and compliment your holiday spread this year.

7 small or 4 medium pears, halved and cored out 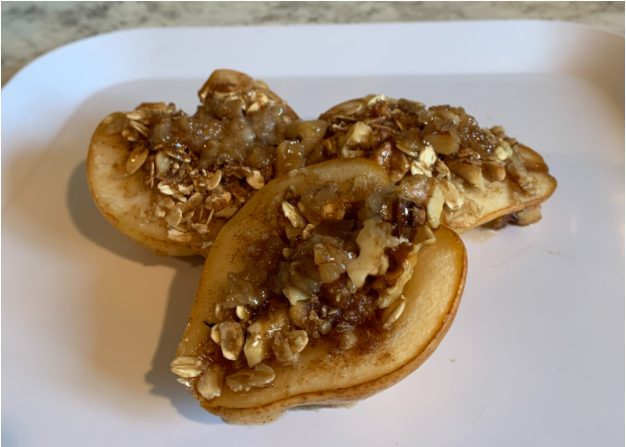 The late Fall is associated with the Lung energy and when we are most susceptible to allergies, the cold/flu or other respiratory illnesses. It is important to ensure that the body’s mucosa stays moist and warm to prevent infection but without becoming too “damp/cold” with congestion. To this point, It is most important to avoid consuming too many raw and cooling foods such as smoothies/ice-cold drinks, cold dairy products, refined sugars or summer fruits (watermelon, cucumber, etc).

Preparing for the Winter means more than wearing warmer clothing. With knowledge of TCM practices, we can recognize how important it is to ingest the right foods in accordance to changes in our environment. This time of the year is a great time to check in with your acupuncturist to ensure the energies of the Lung and Kidney are at their prime balance. Herbal remedies may be indicated to help rectify an individual’s specific imbalances further. A thorough TCM diagnosis and treatment plan can be beneficial to improving your overall quality of life and helping you through the busy and stressful time of the holidays. Schedule your appointment today at Thrive Proactive Health! 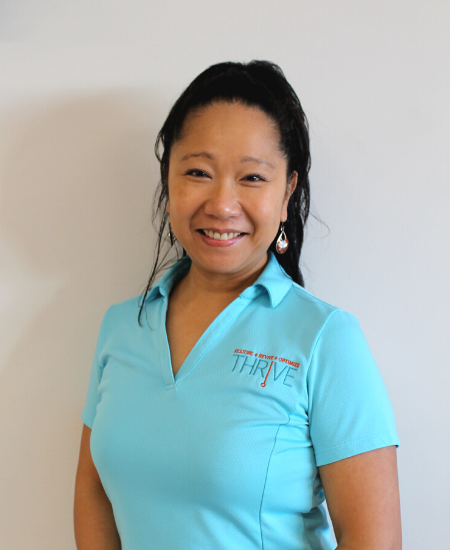 Vivian is an experienced Acupuncturist that is moving down to Virginia Beach from Northern Virginia. She brings great healing wisdom and expertise to our Thrive Team!

Vivian earned a Master’s of Acupuncture and a Master ‘s of Chinese Herbalism degree from Southwest Acupuncture College, Boulder campus. Vivian listens with a patient ear and treats with a compassionate heart. Her philosophy is that we all possess an innate healing wisdom and the patient and therapist can work as a team to bring the body-mind into balance.